By sharing our knowledge of modern investing principles with you, and by aligning those principles with your personal goals and aspirations, we help you develop the confidence and discipline necessary to achieve superior results through all market cycles.

Our mission is to manage market risk, preserve wealth, grow assets and give our clients peace of mind. It is the ultimate measure of our success. We will strive to understand your investment objectives, and will work tirelessly to partner with you in achieving those goals with the least amount of risk.

Integrity Above All Else

We believe in being honest, true and living with strong moral principles. Integrity is in everything we do.

The majority of financial advisors are commission based and are not held to a specific standard. When we created Denali we elected to form a Registered Investment Advisory Firm and accept the fiduciary responsibility that requires us to put client’s interests ahead of our own.

When establishing goals, we believe that clients should select the option with the least amount of risk necessary to meet their objectives.

You Can’t Predict the Market

The Nobel Prize winning physicist Niels Bohr said, “Prediction is very difficult, especially about the future.” Many in the industry make persuasive forecasts about the market, but we have yet to see anyone do this with any level of precision or consistency.

Focus on the Process

Since we can’t predict or control markets, we focus on a series of disciplined processes from establishing an asset allocation to buying and selling securities. Having defined practices in place helps us manage risk and reduce the powerful emotional influences that can drastically affect an investment portfolio.

This seems obvious, but there are quite a few people in the investment business who don’t follow their own advice. We believe that investing our own money in the same securities as our clients keeps us keenly aware of our work. 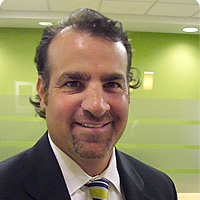 Carl Valimont is co-founder and President of Denali Wealth Management in Milwaukee, WI. He has over 20 years of experience in investment management, securities brokerage, and insurance fields. Prior to forming Denali Wealth Management, he served with two other firms in the Milwaukee area including a Financial Consultant role with RBC Wealth Management. He received a BA in business administration with a minor in marketing from the University of Massachusetts-Lowell in 1993. He has passed examinations for the Series 7, 63, 65 Securities Licenses, as well as, the Insurance examinations. He was also named a “FIVE STAR: Best in Client Satisfaction Wealth Manager” by Milwaukee Magazine for 2009 and 2010. Carl played professional hockey for 11 years following his 4 year career at the University of Massachusetts. Carl was drafted by the Vancouver Canucks in the 1985 NHL entry draft and played for the Milwaukee Admirals for 6 years before concluding his career in the Deutch Eis Hockey League in Germany. Carl coached youth hockey for 20 years in the Milwaukee area and was the Head Varsity hockey coach for the Arrowhead Warhawks from 1999-2017 where he lead them to a runner-up finish in 2005 and a state championship in 2009. Carl serves on the Board of the Howard G. Mullett Ice Center in Hartland, WI. He also served on the board of Tripoli Country Club and is a past President.

Paving The Way Towards A Positive Partnership

We take the time to understand your personal objectives and focus on providing solutions that match your specific goals.